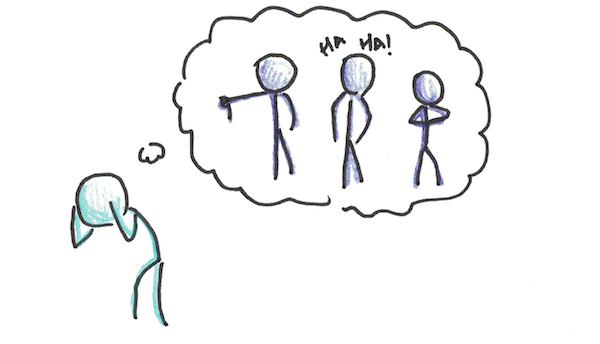 In this article I will talk a little about what other people think of you. This is something which I have struggled with a lot in my life and something I am sure that other people have struggled with a lot of their life. What other people think of you is always something subject to change and not everyone will have the same opinion on you, especially on places like social media where I have advertised this blog and where toxic people and behaviors thrive (generally I tend to ignore these people but try to see where they are coming from and leave them to their toxic behaviors because their behaviors don’t achieve anything and only cause upset to themsevles and the rest of the world through their negativity).

Now not following the crowd so to speak is something which so many people don’t do and it’s a real shame because people should be true to themselves and not just do things because of others, in the sense that their actions shouldn’t be defined by the opinions, judgements and beliefs of others or their perceived opinions, judgements and beliefs. Granted everyone should live by some sort of consensus, but in a sense, this takes away from people’s ability to truly be themselves, because you are just following the crowd and the crowd could and has been in the past very wrong in their own ways.

However, you should respect people’s own opinions and negative feedback, or opinions should be seen as feedback because in society you should present in a way appropriate for the situation and for the time and place. Which is important because you should respect others and this in of itself is a form of respect. So conformity to society is important, but its choosing when to be yourself and when not to be yourself that is important. But its also about respect for yourself and respect for others, because respect for yourself and respect for others should be equal and so you shouldn’t try to make others conform to your perceptions, beliefs or opinions in one single day because it takes for others to accept your different opinions, ideas, perceptions and beliefs, because in short when you are so different from the crowd it just doesn’t achieve anything and can make things worse for yourself in expressing your so different ideas, beliefs and opinions.

I guess what I’m really trying to say here is that you should choose wisely as and when to fight your battles and when to be true to yourself and when to express opinions, ideas and beliefs which are far out there so to speak because you shouldn’t undermine what other people think, but respect what others think and currently believe even if you know what they currently think and believe to be wrong and not based on reality. This is something which I have struggled with because to see so many people give way to deluded ways of thinking and deluded beliefs in things just hurts me a little inside because they are under illusion and it’s a real shame to see much of our society under an illusion.

Hence why it’s so important for humanity to be true to themselves at the right time and in the right circumstance because consideration should be taken into how the general public may react/respond/what they may think of you personally when you express beliefs, opinions, ideas, perceptions which are not in the general consensus because as I have found out to my own detriment you can’t show spirituality to the world when they are not ready for it especially the general public, but during times when people give me stick for my ads I run I just try to understand that they are still in an illusion so to speak and just are not ready for the light and so I seek to understand that it threatens their confirmed reality which they are subject to and then I seek to forgive them for they no not what harm it does to themselves (in terms of hindering their own growth and spiritual development) and forgive them for the fact that they have harmed others development in encouraging people to think like them and then forgive them for the offense that they may have caused me or intended to cause me had I not been what others may describe as an enlightened being.

I guess what this article is really about is that you can’t please everyone and you should pick and choose as and when it is appropriate to be yourself because you may or may not harm people in being the true you in the sense that it threatens others conformed beliefs and perceptions on things that they have so long held and so only brings harm to them and harm to yourself for the backlash that they give way to by denying the validity of you and that is certainly not what I stand for. I stand for love, peace, order and harmony between mankind and life in general.

I guess the key think for most people because generally I tend to find that most will conform their behaviors, perceptions, beliefs and ideas on what others do is the courage to be yourself and the courage to be disliked, while choosing your battles so to speak on when the right time and when the wrong time to be yourself is, because being yourself at the wrong time can and does have a detrimental impact on the world and being yourself at the right times should have a long lasting and positive impact on you and the rest of the world. Granted how are you supposed to know when the right and wrong times are to be yourself, but I guess you should go off on others feedback is really the key thing and you can only base this on your own judgements in things.

PS: This article was inspired by a user on Reddit by the name of /u/VentusTrash who spoke ill of my ad on Reddit, but please show him kindness and love for what he said because he inspired me to write this short article which I know will help others along their journey through life.